Showing posts with the label the quantum oracle
Show all

What quantum leap are we a shift away from? 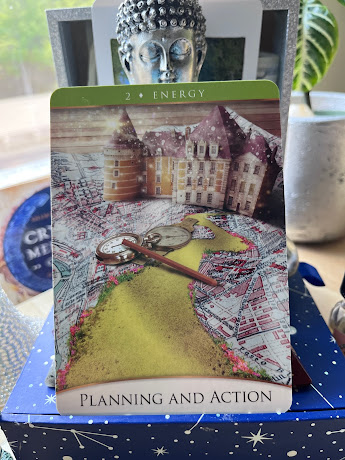 Today we look at what we are a belief away from quantum shifting into.  Pulling from The Quantum Oracle deck by Sandra Anne Taylor the Planning & Action card came out from the energy suit.  This suit shows us what our intentions have been building up momemtum wise.  On a literal level it shows unexpectedly being pulled into some kind of "race" or trip.  The kind of thing that you suddenly want to win.  For me it was a school fundraiser.  I decided that I wanted to be the one who gave the most donations, not because I deeply care about the school library and PTA, but because I wanted to be able to say that for once in my life I was that person who came through in a big way.  This fundraiser was a way to put my new prosperity consciousness into action.  It was a way to give big knowing that the return would be multiplied.  It's the first time I have ever indulged in being the kind of charity donor that I have always wanted to be.  I want to be the kind of person who l
Post a Comment
Read more
More posts