11/1/18 All Saints Day Card #2: Saint Martin Caballero: Getting Sorted Into The Right House 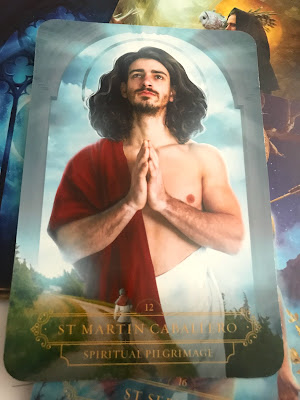 Martin Caballero was a successful high ranking soldier most of his life.  He joined the Roman Army at age 15.  There is a legend surrounding him where Martin cut his clock in half and gave it to a beggar who was freezing and without any clothes.  He had a vision that the beggar was really Jesus in disguise.  The story goes that Martin was called to stop being a soldier and that he wasn't going to fight battles or wars for anyone anymore.  (Lol I like that a lot.)  Basically he was like, "I see now who I work for and the work that I am supposed to be doing."

So basically groups kept following him because he seemed to be the kind of person that people felt was a Divine Leader.  He was elected to Bishop even though he didn't want to be in that kind of a role.  He had a big international background and was able to act as a bridge of diplomacy between different regions.

The keywords on this card are "Spiritual Pilgrimage" and what I see with this card is that we may have suffered on every level because the broken connections and broken bridges we have had to endure.  Saint Martin Caballero naturally and organically had a way of connecting people from different places so that they felt a kinship.  He was able to connect with people of different economic backgrounds and treat everyone with a very profound level of attention, kindness, and friendliness.  It wasn't like he was trying to rescue the beggar from his situation, Martin simply gave him half of his clock so that he could cover his nakedness.  He gave the man some dignity.  That man happened to be Jesus in disguise.

The point is when the saints come it means they are bringing healing, answers, information, and inspiration.  You may be an extremely skilled and gifted person with being kind, generous, humble, and friendly because of the people who have treated you more as an object then a human being.  You may have that Divine Connector quality because of the people who lived their lives from a place of division.

Saint Martin may also be coming to you and helping you to connect with people or places that you might have thought were outside of your reach.  I feel like his presence means that you are being brought into the right place at the right time with the right people. 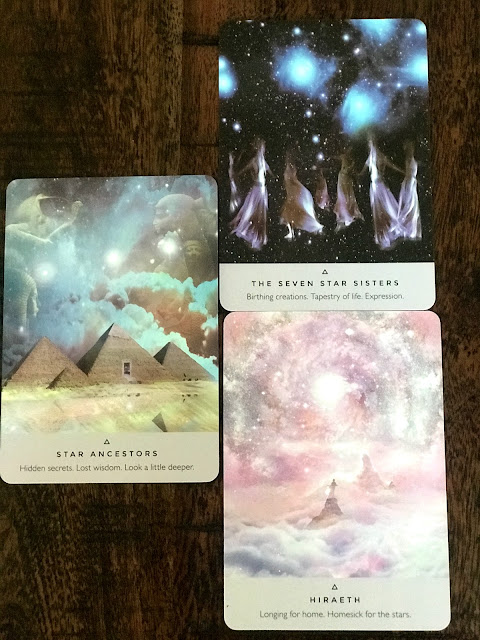 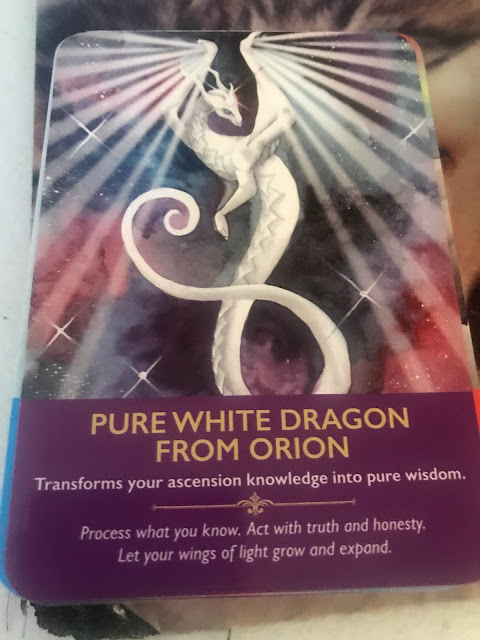 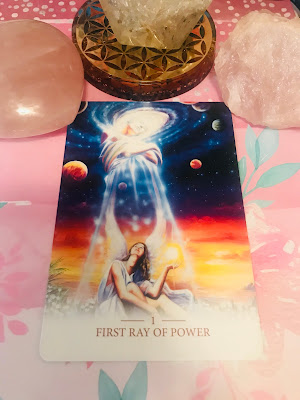